New liver received just in time to save a life 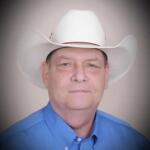 New liver received just in time to save a life

It was a beautiful day, I felt great and was attending a breakfast function.  A woman approached me, introduced herself as a doctor, and mentioned that I had a small spot below my eye.  She looked concerned and recommended I see my dermatologist the following week.  I thanked her, and three weeks later I saw the dermatologist.  He was not concerned and removed the spot with a little nip.  That was the beginning of a 16-month journey to what became the edge of life.

What happened at the dermatologist office was that he could not stop the slow dripping of blood.  And he had no explanation.  He sent me to my doctor the next day and a full blood panel was ordered on the spot.  The doctor came back into the room with the results, but no answers.  It seemed that my platelets were dangerously low.  So low the doctor said I could have bled out walking down the street from internal hemorrhaging – but he did not know why.  For the next ten days, I was sent from specialist to specialist.

The last doctor I visited was a hepatologist.  He entered the exam room, introduced himself, and proceeded to explain the results no one else could explain.  He proclaimed I had end-stage liver disease and my liver was no longer working well enough to keep me alive.  I boldly told him I was “in for the fight” and whatever had to be done, would be done. “Chemo, surgery, medications whatever it took.”  He said that there was nothing that could be done there was no cure or treatment.  There was a short pause while I took in the meaning of his last comment.  I then asked, “how long?”  He said, 1 month or maybe 20 years.  There was no way to know.

That day everything changed. It was estimated that the liver had about thirty percent capability left.  The plan was to determine how long the liver could last with the correct diet, exercise, and supportive medications.  The thought is maybe it was not too late to allow the liver to make an epic “comeback.”  Unfortunately, after 6 months of blood tests and monitoring the liver had slipped further into a state of decompensation. The only hope now was for a liver transplant.  Nothing else would save my life.

During the next 6 months, my liver continued to fail.  I went through all the evaluations and testing required to be put on the transplant list.  However, there was never a guarantee that I would even last long enough to get on the transplant list let alone be matched with a suitable donor.  Even though I felt surprisingly good, one could tell I was far from healthy.

A year had now passed since that day in the hepatologist office.  I was now on the list. 4 months passed and I continued to worsen.  Then the call came – an offer of a liver!  I was prepped and waiting outside the operating room, ready to go.  Then the surgeon received a call.  The donor’s liver had pre-cancerous cells and was not usable.  I was sent home.  Ten days passed and a then second call. A donor was available!  I was in the hospital room ready to be taken down to surgery.  As it turns out this time, I was just the backup patient.  Again, I was sent home.  Another two long months passed.  During which I was hospitalized for a few days to further balance my medications. I was sent home with a knowledge of the growing concern on people’s faces. Then, another call and another chance.  This time, on June 19th, 2019, I received a transplanted liver from somebody who took a just moment to decide to save another person’s life. A decision that has changed my life forever.

After leaving the ICU the surgeon came to my room.  With a smile on his face, he said the operation went very well, “textbook.”  I then asked about my old liver, it had been with me for a long time.  His smile disappeared, he said my old liver was completely done, barely functioning.

I had a few days, maybe a week to live.  Two days later I walked out of the hospital with a new liver and a new life.