Running for Victory and the Gift of Life 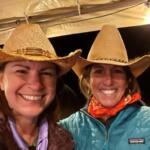 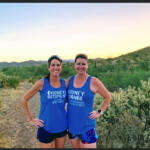 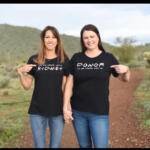 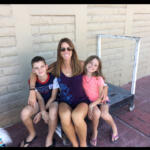 Running for a victory and the gift of life

It was a surprising diagnosis, I am a runner, and I was running marathons and training hard. Back in 2016, I remember laying on the couch, my husband would touch my legs and say, “You look like you have edema and your legs.” He always thought I was just impacted by running. I had no idea what it was. I’m never sick.

Around July of 2016, I was training for some races, and went in for a wellness checkup.  I asked to have hormone levels checked because I’m getting older. While at the office I requested a full panel. My doctor said, “Absolutely. I’m sure you’re healthy because you’re very active.”

Not long after, I was in Mexico when my phone rang, and my doctor said, “Oh, this looks good. That looks good. But your kidney function, something is going on there; your kidney function is deficient. So I’d like to refer you to a nephrologist, and I think you need to go quickly. “ At that time, my kidney function was at 26%. I went to the nephrologist, and he did a full workup with a kidney biopsy and all the testing.  The results came back as IgA nephropathy, which is an autoimmune disease. He explained there wasn’t much we could do except take high doses of steroids and to slow this progression down. But, ultimately, I was going to need a transplant. I thought –  Wow, so here we are.

I went on 60 milligrams of prednisone a day. It brought my kidney function up to about 33%. I was doing okay, getting routine lab work every three months and still running and staying active. I knew I had to wait, stay hydrated, and be careful. I was hanging in there until June 20, 2019. I came back from Ireland, and I wasn’t feeling very well. I was just rundown. I assumed it was because I had been running some ultra marathons. I was trying to convince myself, maybe it’s just my training. So I went in kind of quietly and did my labs. I was at the movies with my daughter, and they called me and said, “We need to go to the ER, now.”

That same morning I tried to run a little eight-miler.  I kept telling my friends, “I don’t know what’s wrong.” I walked a lot of it. When I got to the ER, they told me, “Your GFR is 15%. And your blood pressure was well over 200.”

They sent me down to Deer Valley, and I was admitted. That’s where the transplant story really begins. They said, “Okay, we are going to put you back on steroids. Let’s just see what happens.” But my kidneys were just too far along. My nephrologist referred me over to Mayo. I was listed for transplant in early December 2019. I told the story, and then a friend whom I run with, Karen, got tested and came back as a positive match.

March 4, 2020. We did our surgery. Oh, and what timing, with everything going on about COVID. At that time, it was just coming into the news. Right after we were released from the hospital, on March 15 is when kind of everything shut down.

What do ultra-marathon runners do? The distance is 50k. You could say it’s anything over 26.2.

Tell me more about your initial diagnosis. Is it hereditary?  They just don’t really have a whole lot of information on the IGA. It’s also called Berger’s disease. Some say there could be a genetic link, but mostly, it’s just the luck of the draw. You don’t know you have it until it’s late in the game. I actually found out a little bit earlier than some people who already need dialysis before they find out. Looking at the positive in all of this, that was huge. Because it just breaks my heart when people don’t know until they’re just collapsing on the floor.

And they don’t understand what is happening?

So did you have to go through any dialysis yourself? I didn’t. The team was prepping me for it. They have a class to learn about it. I was honestly terrified. Absolutely terrified. And then I got down to 10% GFR. It was getting close. I was exhausted, but I managed to squeeze in the transplant before I had to have dialysis.

So walk me through the actual surgery day.What happens for that?  Do you and your friend both go into the same hospital on the same day?

So we both were at Mayo. The morning of the surgery, we both got there super early in the morning. They took her up first because they had to get her gown on and get her IV in, and all that good stuff. But when I got there, I asked, “Where is she?” Because I knew she was there. She was just a couple curtains down from me. The nurses said, “Okay, let’s get you prepped,” with a gown and a scrub with Chlorhexidine, and then my IV. They premedicated me with something to relax me. At that point, I absolutely just had to see my friend before surgery. So I have my gown on, and I go into her little area. We’re talking, and I’m sitting in a chair, and she asked, “Are you okay?” I said, “I don’t feel so good.” And then I just throw up. And so whatever the medication was, I just didn’t tolerate it very well. It was so sad and funny because I was trying to comfort my friend and here I am, throwing up.

After all that, I told her, you can change your mind and back out. She refused, “No, we’re doing this.”

It was really cute to read about her husband because we have such a good friend group. I mean, all the runners that we run with were all tracking the story. And so they take her back and her husband’s posting on every step. Courtney’s in surgery, the kidneys out. Now Tracy is in surgery. And then it was the kidneys working like it’s supposed to, and she’s out of surgery. It was really cute the way he updated everybody.

The surgery was pretty much textbook. The surgeon said everything went fantastically. The kidney started working as soon as we hooked it up. You know, it’s a beast of a kidney.

So they put her on a lower floor. The first night we slept it off, and then the next day, she was getting discharged. I had a catheter in, and I just took my whole bag, and I hobbled down to the elevators and went down her floor. I just had to see her. It was so funny. She said, “What are you doing here?” I told her I had to come see her before she left. She got out that day, and was pretty sore. But she was doing okay, she’s tough. I got out the following day.

I did fine until about four months out. Then, Mayo had released me back to my regular nephrologist. I thought, “Ooh, I’m doing great.” And then went in, and I was inpatient for two weeks. My neutrophil count just dropped. My nephrologist sent me back to Mayo. And that’s where the recovery journey started off, trying to figure out why my neutrophil count would not come up. They tried every medication, and nothing. At some point, I kept saying, you’ve removed stuff, you’ve taken me off of things. Like, the only thing it could be in Prograf. They sent me to hematology. So they’d put me in the hospital, and I would get so frustrated, and I’d be there all weekend. So this went on and on. They talked about doing a bone marrow biopsy on me; hematology did every test you could ever imagine. And so I’ve met a Physician Assistant at Mayo, who since left but now she’s my friend, and I asked whether she could help me. I took PubMed studies showing that they took the same people with the same exact symptoms and took them off PROGRAF. Long story short, they finally switched me over to cyclosporine, and I have not had a problem since with the different medications. Some medicines work with some people, and some don’t work with others. I think if everything continues to look good. I believe before Christmas, they’ll probably release me back to my regular nephrologist.

So that actually brings up an excellent topic of advocating for yourself when you feel like something is off, and you are comfortable with your team saying, Hey, I really think this is wrong. Can we try this?

My PA’s help was instrumental. She was going to bat for me. You just have to find an advocate on the medical team and always show up prepared when you want to have a conversation like that.

So I hear your surgeon is a runner too?

Dr. Reddy, yeah, that guy gets so excited about running and I was so excited when I met him. We have had so many conversations about running in the few times that we met. I told him before the surgery that we have to run a half marathon together after I got better.  It would just be so cool. He’s just he’s such an upbeat, happy guy.

Right now, I’m really excited about the Donor Dash on Dec. 4th. I’ll be there. My donor, Karen, will be there. We get to run together.  It’s going to be a great day!

**IgA nephropathy is chronic kidney disease. It progresses over 10 to 20 years, and it can lead to end-stage renal disease. It is caused by deposits of the protein immunoglobulin A (IgA) inside the filters (glomeruli) in the kidney.