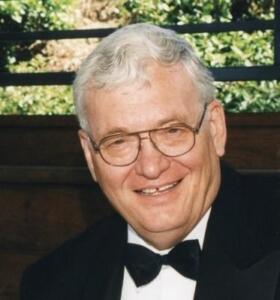 By Christina Fuoco-Karasinski (reprinted with permission) 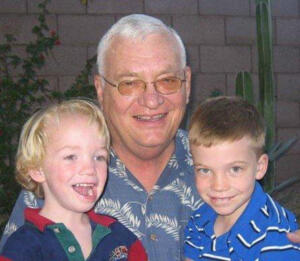 Such was the case with former seven-term State Sen. Leo Corbet. His life was transformed twice. He was suffering from what doctors thought was ischemic cardiomyopathy, a heart condition that causes the left ventricle to pump poorly. When Corbet’s heart was removed so he could be fitted with the total artificial heart on March 20, 2001, doctors found his aortic valve was corroded. He received a “real heart” on June 15, 2001, at The University of Arizona Medical Center in Tucson, and was treated by Dr. Arabia. “It wasn’t too much fun,” Corbet says with a chuckle about his total artificial heart. “It was a 400-pound thing that looked like a washing machine. I got used to it. As long as it was pumping, I knew I was alive.” Corbet needed the total artificial heart because his condition was deteriorating, Dr. Arabia says. “He was going to die and there was no heart available,” he says. “We had no choice at that time but to put in an artificial heart as a bridge to transplant until a heart became available.” The heart he received had been turned down by three organ procurement organizations in California and Colorado because it tested as being a Hepatitis C carrier. “We had no choice,” Corbet recalls. “I knew I was going to die if I didn’t get a heart. Hearts were pretty hard to come by, so we went ahead and took it. About three weeks after I got out of the hospital, the doctor said there is no Hepatitis C. It’s a wonderful heart. It’s been a good ride for 20-plus years.” Corbet received his heart from a 40-year-old man who died in a bicycle crash. The man was riding down a hill when he hit a rock and flew off the road. He wasn’t found until he was brain dead. Corbet has since become close with the fallen man’s family. “He was never married, but he had three children by two different mothers,” Corbet says quietly. “The girlfriend was the one who I have been in touch with. I’ve seen the mother of the children. They decided they would be donors a month before that time.” Organ donation is something about which Corbet and Dr. Arabia are passionate. Corbet was the past 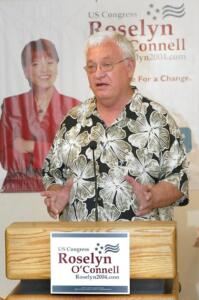 president of Transplant Community Alliance and committed himself to boosting the organization in the area of support for recipients, educational meetings, luncheons, and donor awareness projects and educational programs. “What limits transplantation right now is donor availability,” Dr.  Arabia says. “There are an incredible number of people who need a heart. There are only about 2,200 donors a year. I think there are about 6,000 people waiting on the national list right now. To that you keep adding every year.” There’s this “incredible discrepancy” in what limits transplantation at this time here in the United States and elsewhere in the world is the number of donors, Dr. Arabia explains. “With this reason, we’re starting to see the emergence of machines, artificial hearts, and other machines to provide either bridge to a transplant or on a permanent basis. The expectation is that that’s going to increase.” Corbet’s main interest was donor awareness and the financing and expansion of TCA. “I do believe I was blessed,” Corbet says. “I’m afraid to quit working hard to protect the transplant people. I’m afraid that’s the only thing that’s keeping the good Lord from taking me.”